Messages for Earth is a project by artist, Aubrey Ingmar, and utilizes satire to portray an eco-socialist political narrative, addressing the need for immediate action in preventing climate change caused by human civilization and capitalism.

An interactive website, www.messagesforearth.com, assists in telling the fictional story of a future terraformed metaverse, and includes 10 virtual sculptures made with VR and 3D sculpting software.

Inequality is not just a state,
but is also something produced. 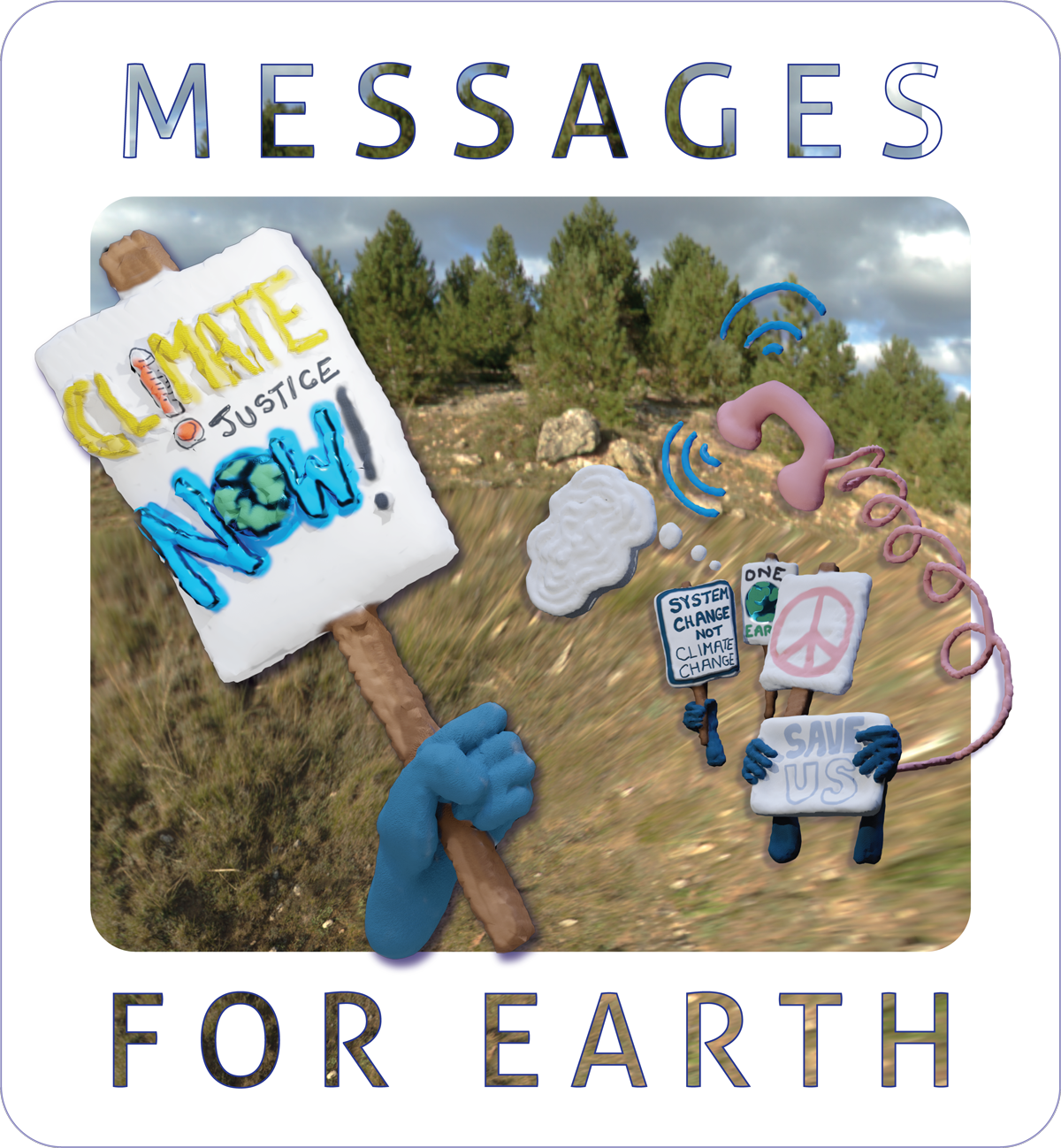 ‘Anti-Capitalism’ is part of the zeitgeist, and this can either be a good or bad thing. For one, more and more people are becoming aware, educated, and demanding change, particularly from the larger powers who can actually change it, those being governments, large corporations and an elite wealthy class who produce the most greenhouse gasses. Yet, capitalism has a way of absorbing itself and anything that counteracts it. The act of hating capitalism can become capitalistic itself, and in an instant anti-capitalism becomes a concept sold and marketed. It becomes enough to wear an article of clothing that reads ‘Tax the Rich’ or ‘Capitalism Kills’, but stops short right there as a popular slogan, without really being a driving force or battle cry for change and action.

When pondering my role as an artist, I aspire to be a better activist while utilizing technology and collaborating with the art community in hopes that it doesn’t just get reabsorbed into the ant-capitalist zeitgeist, although this could be a futile hope... I create virtual sculptures, ceramic dioramas, and installations that are mostly anti-capitalist in rhetoric, and when I create, I see my projects as a form of activism. This project, Messages for Earth, helped me to reflect on how digital activism is a highly accessible and engaging way to have a conversation on Capitalism’s role in climate change, amplifying an eco-socialist voice in the process.It was important then to make this work relatable, accessible, and shareable.

Anyone can access this project via this website URL and view the digital sculptures with an internet browser. Hopefully it can spread to a larger audience than would be allowed if physically situated in a gallery space. Or if they have a VR headset they can use this same link to view it virtually. The digital sculptures themselves are made initially in virtual reality and then brought into several 3D softwares for shading and arrangement. Once composed they can be exported as sculptures for use in the augmented reality installation or viewable from a link that can be shared or embedded into a website.

A story about a future virtual metaverse communicating with present day society drives the digital sculptures for Messages for Earth. The future metaverse tells their tale of terraforming to replicate a more pleasant and liveable environment than what their society would be experiencing had they not decided to exist virtually. They send the people of Earth embedded messages in the sculptures, giving them clues as to what they can do now to prevent a further destruction of the planet.

A terraformed virtual metaverse might actually seem like a conceivable future, particularly with the common and contemporary human malaise of eco-anxiety, thoughts about our precarious situation and finding escapism from climate dread within scrolling social media feeds that currently act as metaverses today. All together it makes the fictional story relatable and the augmented reality sculptures believable as they portray not just the messages, but also the landscape and reality of the metaverse from which they came from.

‍Messages for Earth is a fictional narrative, but of course in reality Capitalism destroys without a conscience, exponentially killing our planet. Ninety-nine corporations produce 71% of carbon emissions, with the US military producing more C02 emissions than most industrialized nations. The horror of it all demonstrated best through the inequality in relation to who produces the most destruction to the planet and who will bear the most effects of it. Surely, the 1% will find a way to not have to experience most of the effects of climate change, while people at the bottom of the hierarchy will absorb most of the harm. This thought can be disheartening, and why its important to act as swiftly as possible now against inequalities that would be heightened as a result of global warming, while holding governments and corporations accountable for their grotesque production of greenhouse gasses. Because of this, I hope for this project to be shared, engaged with, critiqued, and to communicate towards a critical conversation.

Anyway…enough of this negativity…overall, the project has a hopeful vision. The people of this fictional future metaverse believe that if the people of earth today protest for systemic change and demand the ecological protection of the planet be addressed by governments and corporations through the removal of capitalist profit motives, then Earth and its creatures will make it. 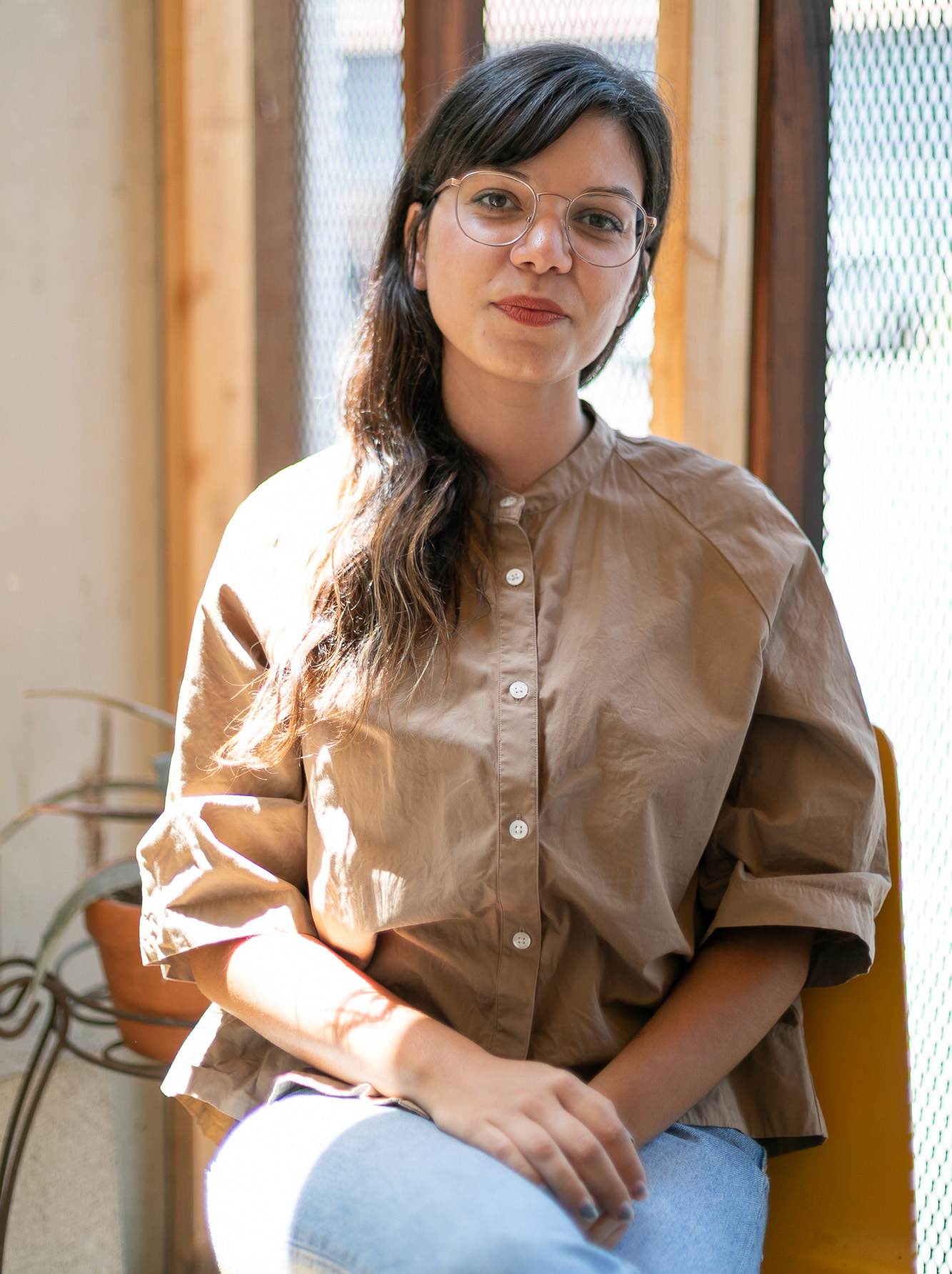 As an activist, Aubrey has been an organizing member for groups in Los Angeles such as Artists for Democracy, af3irm, Socialist Alternative, and helped to form Socialist Students at UCLA.

She completed a BFA in Painting at Northern Illinois University in 2010 and her MFA in 2015 from The School of the Art Institute of Chicago.

Any thoughts?
Share ideas, suggestions, or even if you just want to chat about this project...feel free to leave a message.
contact us